Elephants never forget. But this little elephant certainly got himself into a mess when he was separated from his herd.

A young elephant and his family got lost in the Ndoto Mountains in northern Kenya and were taken in by the Samburu people.

When panic set in, the baby calf, who was just hours old, became confused and wandered off with the herders and cows.

Scroll down for the video 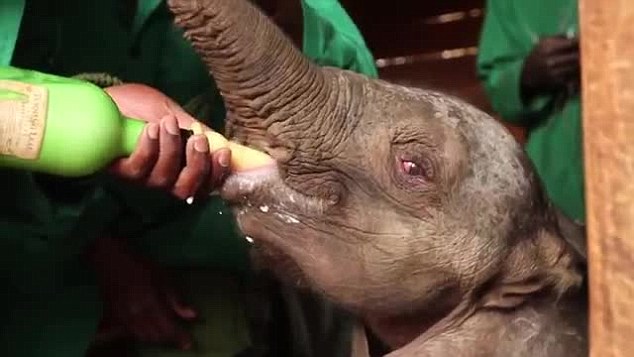 Thirsty work: Ndotto the elephant, who got separated from its family when it followed some cattle, takes a drink from carers at a specialist elephant orphanage in Kenya 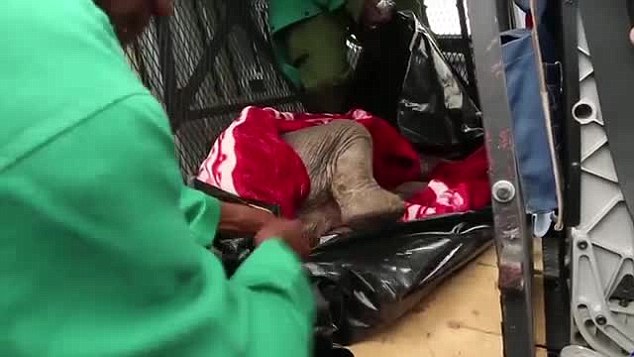 Rescue: Barely a day old, the baby elephant is eased out of the helicopter by carers before undergoing specialist care 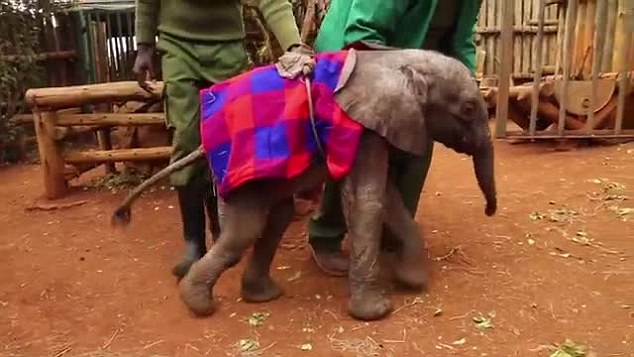 Back on his feet: Carers gave the tiny elephant a warm blanket and helped him support his body as he walked around. He had gotten separated from his family after following a herd of cattle in the mountains 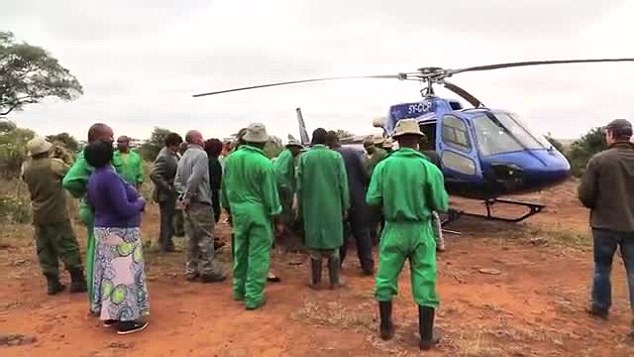 Touch down: Ndotto was helicoptered to the safety of the David Sheldrick Wildlife Trust elephant nursery

Too young to know any different and with a fresh umbilical cord and pink ears, the tiny animal trotted off with the cattle.

The Samburu people took care of the elephant, who was barely able to walk before one of their tribe set off on a 24-hour trek down the mountainside to find help.

The area was so isolated that a helicopter had to charter to transport the baby elephant to the David Sheldrick Elephant Orphanage, where it would receive.

After being discovered among a herd of cattle, members of the Samburu community looked after the animal for 24-hours while help was on its way 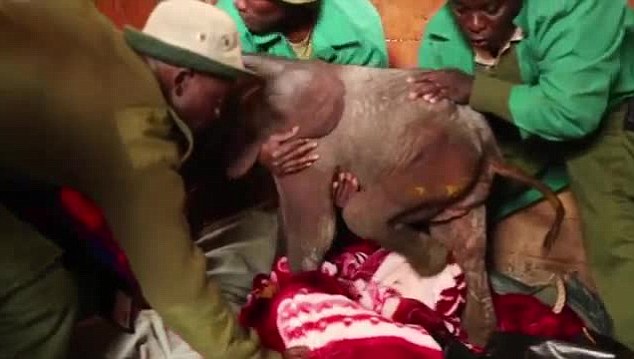 Best foot forward: Weighing no more than 50kg and with a fresh umbilical cord, Ndotto is helped to his feet by carers 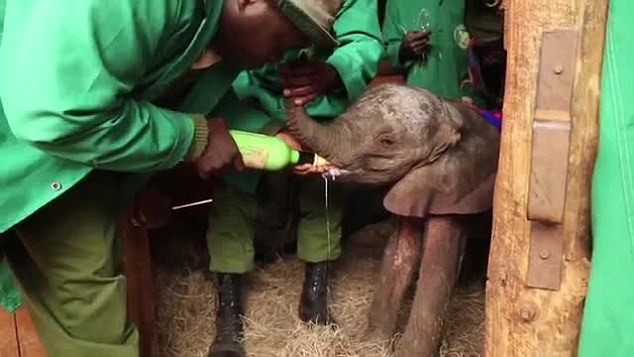 As a newborn, the youngster will be given elephant plasma which is vital to trigger his immune system 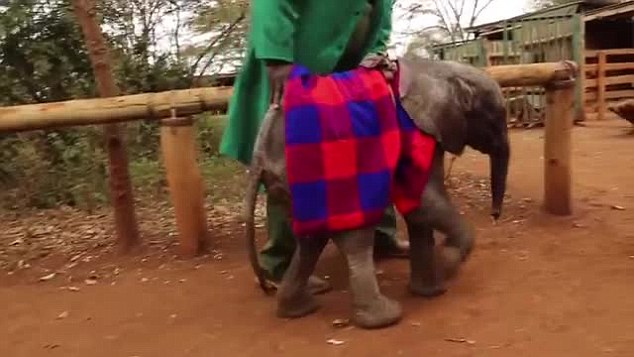 Workers named the animal ‘Ndotto’ after the place of his rescue.

The keepers could easily carry him at no more than 50kg before laying him in blankets providing special formula milk and glucose drips.

Unfortunately, while he was cared for by the Samburu Community, he was fed cow’s milk – potentially life-threatening for elephants who cannot tolerate cow’s milk.

“We’ll do everything we can to help him get better and be there for him throughout the weeks, months, or even years.”

As a newborn, he will be given elephant plasma, which is essential for triggering his immune system, especially, if he has not yet had the chance for his mother’s milk.

Mr. Brandford said: “A rescue mission like this costs a lot of money, and until his re-integration, little Ndo­tto will need full-time care and attention.”

To make a donation go to  www.sheldrickwildlifetrust.org