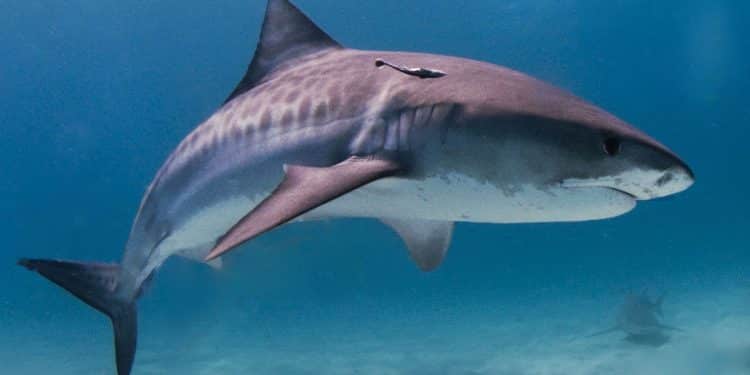 Do sharks have bones? This is a question that has puzzled scientists for many years. Sharks are fascinating animals, and their skeletal system is very different from other animals. In this blog post, we will discuss the skeletal system of sharks and whether or not they have bones. Stay tuned to learn more!

In spite of their reputation, sharks are not mindless killing machines. In fact, shark attacks on humans are rare, and most sharks actually pose very little threat to us. So next time you’re at the beach, don’t be afraid to go for a swim! Remember to respect these amazing creatures and give them space if you encounter one in the wild.

The world’s sharks are a varied bunch, with around 500 species ranging in size from the dwarf lantern shark, which is smaller than a human hand, to the whale shark, which can grow to over 60 feet long and weigh more than 15 tons. But despite this great variety in size and shape, all sharks have something in common. Let’s keep reading to find out!

How many kinds of sharks?

There are more than 400 species of sharks. They range in size from the smallest, the dwarf lantern shark, which is about 17 cm long to the largest, the whale shark, which can be up to 18 m long. The biggest fish in the world is actually a shark – the whale shark!

The dwarf lantern shark (Etmopterus perryi) is a tiny shark belonging to the family Etmopteridae that may reach a maximum length of 20 cm (8 in). It is found only on the upper continental slopes of Colombia and Venezuela, at a depth of 283–439 m (928-1,440 ft).

This species can be identified by its small size at maturity, long flattened head, the pattern of black ventral markings, and a mid-dorsal line. Like other members of its genus, it is capable of producing light from a distinctive array of photophores. Reproduction is aplacental viviparous, with females gestating two or three young at a time.

The dwarf lantern shark is not essential to commercial fisheries. However, it may be impacted by mortality caused by bycatch; the extent of human activity’s influence on its population is unknown.

The whale shark (Rhincodon typus) is a filter-feeding carpet shark with the largest confirmed individual length of 18.8 meters (61.7 feet). The species has several records for size in the animal kingdom, notably being by far the biggest living nonmammalian vertebrate.

It is the only species in the genus Rhincodon and the family Rhincodontidae, which belongs to the subclass Elasmobranchii of the class Chondrichthyes. It was previously recognized as Rhiniodon within Rhinodontidae.

The whale shark is a tropical ocean fish that rarely lives in the water below 21°C (70°F). The vertebral growth bands and growth rates of free-swimming sharks have been used to estimate whale shark lifespans at 80–130 years.

Whale sharks have enormous jaws and are filter feeders, a feeding habit that exists only in two other sharks, the megamouth shark, and the basking shark. They consume almost exclusively plankton and tiny fish, with no danger to humans.

The species was distinguished in April 1828 after the harpooning of a 4.6 m (15 ft) specimen in Table Bay, South Africa. Andrew Smith, a military doctor associated with British troops stationed in Cape Town, was described in the following year.

The name “whale shark” refers to the fish’s enormous size, which is comparable to some whale species and its filter-feeding lifestyle like baleen whales.

Are shark teeth bone or cartilage?

Most people think sharks are just a bunch of teeth and cartilage. But sharks actually have a backbone made of bone! In fact, sharks are the only fish in the world with a backbone.

The bones in a shark’s skeleton are very different from human bones. For one thing, they’re much lighter. That’s because they don’t have marrow, which is the fatty tissue that makes human bones heavy.

Shark bones also contain lots of calcium and other minerals, which give them extra strength. This is why sharks can swim so fast and turn so quickly – their skeletons help them move through the water easily.

What do sharks have instead of bones?

So how do these incredible creatures stay afloat? The answer lies in their unique skeleton. Sharks are what we call “cartilaginous fish,” which means that their skeletons are made not of bone but stiff cartilage. In fact, sharks have a complete skeleton made up of cartilage and connective tissue but no bone. Sharks are one of nature’s most ancient and primitive creatures, having evolved over 400 million years ago.

Cartilage is much lighter than bone, so it doesn’t weigh sharks down as they swim through the water. In fact, sharks have the lightest skeletons of all fish, which is why they are such good swimmers.

But there’s another advantage to having a cartilaginous skeleton: it makes sharks more flexible than bony fish. This flexibility helps sharks twist and turn in the water as they hunt for prey. It also allows them to compress their bodies when they swim through narrow spaces, like the reefs where many sharks live.

Do sharks have jaw bones?

One of the reasons why sharks are so successful is their flexible skeleton. While our bones give our bodies shape and support, they also add weight which can make it harder to move quickly through the water. Sharks don’t have this problem since their skeletons are mostly made up of lightweight cartilage.

This gives them an advantage when hunting because they can swim faster and turn more quickly than many of their prey items. It also makes them more maneuverable in tight spaces like coral reefs.

Even though sharks don’t have bones, they do have a few hard parts. Their teeth, for example, are made of a tough material called “enameloid.” This substance is similar to the enamel that covers our own teeth, but it’s even tougher. In fact, enameloid is one of the hardest substances in nature! But it is not part of the sharks’ skeleton. Sharks can lose and regrow their teeth as often as every week!

Sharks also have something called “dermal denticles.” These tiny tooth-like structures cover the surface of a shark’s skin and help to make it feel rough (like sandpaper). Dermal denticles also reduce drag as sharks swim through the water, making them even more efficient swimmers.

Even as they age, sharks’ cartilage never truly ossifies (turns into bone).

A major difference between cartilage and bone is that bone has blood vessels while cartilage does not.

Sharks can’t live without blood and are known to bleed, so their blood cells have to be produced elsewhere.

Sharks have a unique way of producing their blood cells.

Leydig’s organ can only be found in fish that only have cartilage and no bones or Chondrichthyes.

So next time you see a shark, remember that they are not as simple as they seem! And be sure to do your part in helping to protect them. Sharks are an important part of our ecosystem, and we need to make sure they are around for future generations to enjoy.

If we want sharks to stick around, it’s essential that we do our part in protecting them. Here are a few things you can do to help:

-Avoid using products made from sharks, such as shark fin soup or shark liver oil

-Support organizations that work to protect sharks, such as Shark Savers or the Marine Conservation Society.

-Educate others about sharks and dispel common myths.