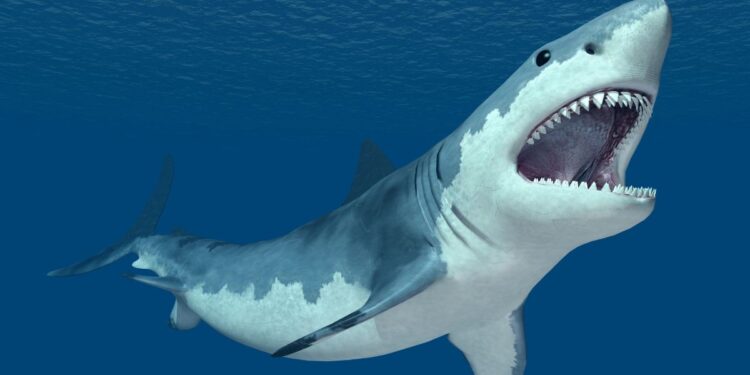 Do sharks have tongues? While the answer may surprise you, it is important to understand why this question is often asked to appreciate the anatomy of these amazing animals.

Sharks do have tongues, but they are not like human tongues. While they may look the same as other fish’s tongues, these protruding organs serve an entirely different purpose inside their mouths.

Sharks are unique creatures with many characteristics that set them apart from other fish in the sea. Their different physiologies enable them to live and thrive in environments where other animals would quickly perish. Sharks do have tongues, instead of being used for tasting and eating as a human tongue would be, shark “tongues” are called basihyal bones and serve as an anchor point for several muscles that help the shark to feed.

The basihyal bone is connected to the lower jaw and helps keep it in place while the shark feeds, enabling it to move its jaw up and down when biting off food and side-to-side for grinding purposes. This unique adaptation allows sharks to feed more efficiently than other fishes.

What other functions do shark tongues serve?

Shark tongues can also be used to detect electrical fields given off by prey. Sharks have electroreceptors on their snouts called ampullae of Lorenzini, which are sensitive to small electric fields created by animals swimming nearby. Therefore, a shark’s tongue may also help it locate prey in murky waters or at night when visibility is low.

Apart from these functions, some sharks use their tongue in ways you expect them to. These shark species include the cookie-cutter, bullhead, and carpet sharks.

The primary purpose of the basihyals in cookie-cutter sharks is to help them tear the flesh of their prey more quickly and effectively.

Bullhead and carpet sharks use their tongues to suck prey into their mouths from far away.

Although the basihyal in fish serves no greater purpose than other organs, like the heart or brain, it is still helpful for sharks.

There is still much mystery surrounding the basihyal or shark tongues, even amongst shark experts. Though we have some understanding of this organ, there are many things yet to be discovered.

Here are some amazing facts about shark tongues:

Shark tongues are mostly immobile, unlike humans and other animals whose tongues can move freely. The entire tongue is made up of cartilage with no muscles to help facilitate movement.

In contrast to other tongues, shark tongues are serrated and extremely sharp. They are stocky and short and stay in place at the base of the mouth. Consequently, they assist in hunting, chewing, and swallowing prey.

All shark species except for the cookie-cutter, bullhead, and carpet sharks never make use of their tongues since the tongue has no taste buds.

Except for bullhead, carpet, and cookie-cutter sharks, which have longer tongues to capture prey, most species have short and almost useless tongues.

Do Cookie-cutter sharks have tongues?

Cookie-cutter sharks do have tongues. These small, deep-sea sharks possess a basihyal bone in the same way other shark species do. However, unlike other sharks, the cookie-cutter shark does not have razor-sharp teeth for feeding; instead, it has two sharp “teeth” called dermal denticles, which are used to scrape flesh from its prey and give it its name. These dermal denticles are connected to muscles in the jaw, which help them move while the shark feeds. Therefore, although they may appear toothless when looking at them up close, these small creatures still possess a tongue-like structure, just like all other sharks!

In addition to helping them feed, cookie-cutter sharks also have ampullae of Lorenzini to help them detect electrical fields given off by prey. This is how these small creatures can find food in dark or murky waters despite their poor eyesight.

Although they may not look like it at first glance, cookie-cutter sharks possess tongues like all other shark species. They use this organ both for feeding and detecting electrical fields given off by prey nearby. This adaptation helps them survive in challenging ocean environments.

Do hammerhead sharks have tongues?

This species is known for its distinctive head shape, which gives it a wide-angle view of the area around them and helps them detect prey more easily. However, many people don’t know that the basihyal or tongue in hammerheads serves a similar purpose to other shark species.

The hammerhead’s tongue is used to help it detect prey in dark or murky waters. It does this by using the ampullae of Lorenzini, which are sensitive organs located at the base of the tongue and around its head. These small organs detect electrical fields given off by prey, allowing the shark to locate them even when visibility is low.

In addition to helping them locate prey, hammerhead sharks also use their tongues for feeding. Like other shark species, the tongue is serrated and extremely sharp, which helps it tear through flesh quickly and effectively. This adaptation allows them to get the most out of their meals with minimal effort.

Do white sharks have tongues?

White sharks possess tongues just like all other species of shark. The basihyal or tongue in this species is extremely sharp and serrated because its teeth are used for gripping prey instead of tearing it apart.

Who would have thought that such a small and seemingly insignificant body part could play such an essential role in the life of a shark? The basihyal bone, or shark “tongue,” is a fascinating example of how sharks have adapted to their environment to survive. By understanding more about the unique adaptations of these creatures, we can gain a greater appreciation for the wonders of nature.