If you substituted the animals for humans, it’s the sort of scene you might see on a Friday night in Newcastle or Cardiff.

These funny pictures were taken after a herd of young elephants ate a fruit that is said to make large mammals drunk when consumed in enormous amounts.

The marula fruit is said to be sweet, tangy, and refreshing when eaten after it has matured and fallen to the ground.

Ross Couper, a field guide who works for luxury safari outfit Singita in South Africa’s Kruger National Park, saw the elephants begin to stumble around and fall over their siblings.

‘We were in amazement because the youngsters appeared to be rather intoxicated,'” he said.

However, it has also been suggested that the strange behavior is actually caused by eating moth pupae found in the marula tree’s bark. 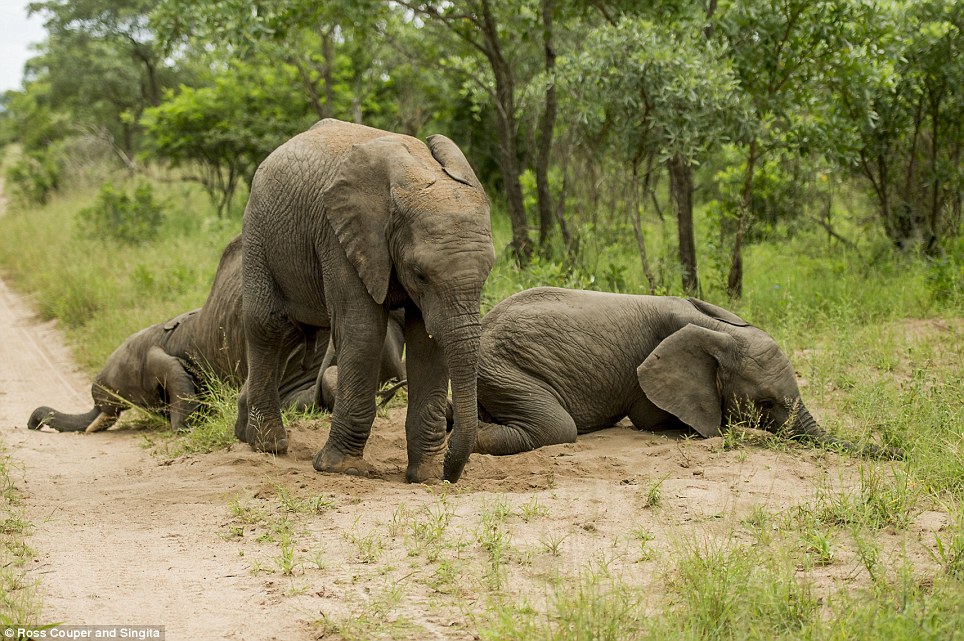 Huge quantities: An adult elephant may eat more than 700 fruits in one day if they don’t eat anything else. 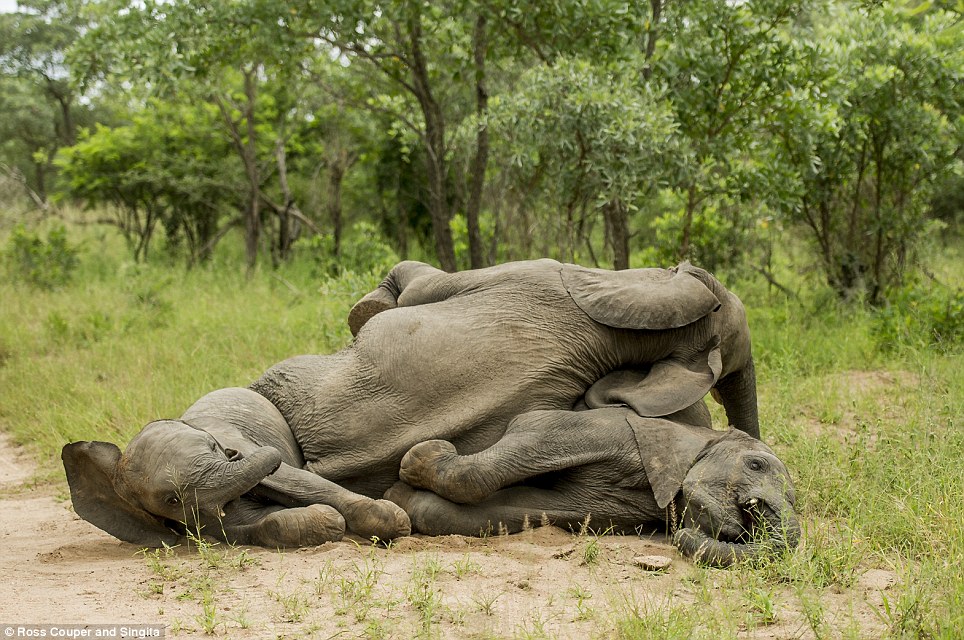 Collapsed: This year’s marula fruit crop was enormous, and it soon attracted a herd of young elephants. 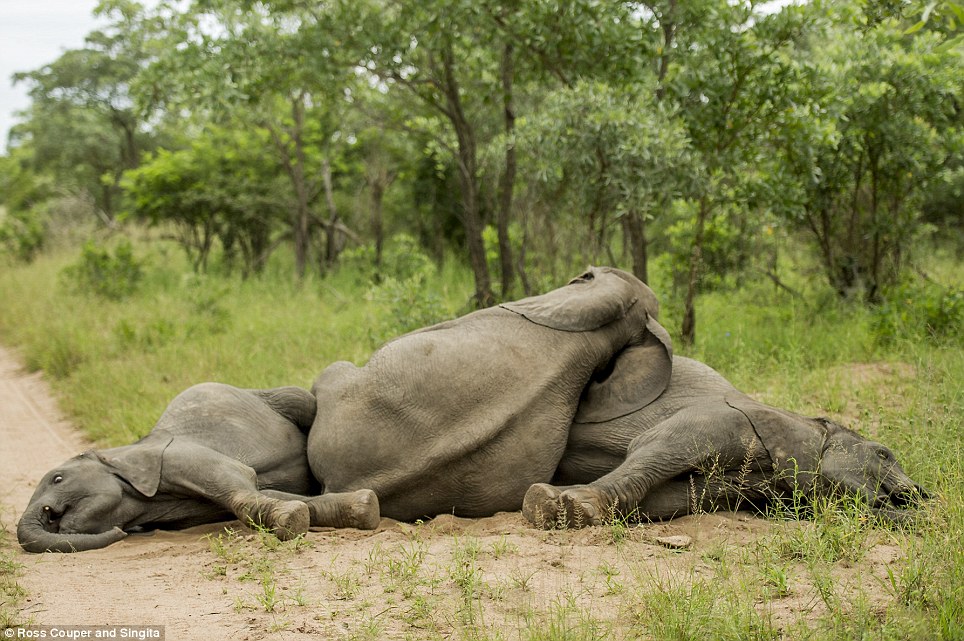 Sleeping it off: It’s also been suggested that the strange behavior stems from consuming beetle pupae that dwell in marula trees’ bark.