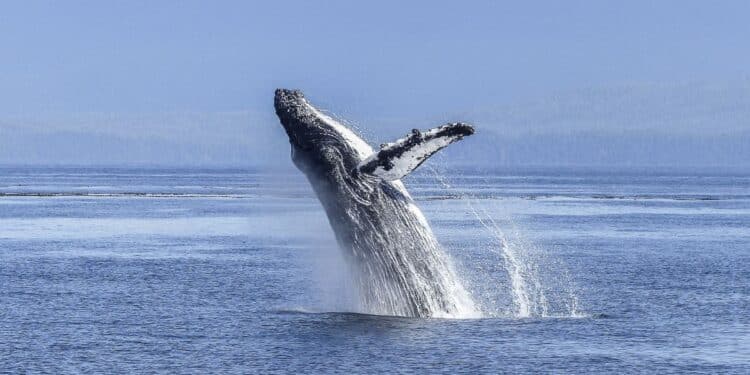 How long are whales pregnant? (in different species)

How long are whales pregnant? Did you know that whale is one of the longest-pregnant mammals in the world? Although their gestation periods vary significantly by species, it can take up to 21 months for a whale calf to make its way into the world.

Not only is this an incredibly long pregnancy compared to other animals like humans and cats, who give birth after just nine months of gestation, but it also showcases how these incredible creatures are equipped with exceptional biological capabilities. This blog post will explore what makes whale pregnancies so unique and provide some interesting facts about them!

Here’s the Answer: How long are whales pregnant?

The gestation period for whales can range from 10 to 18 months, depending on the species of whale. The longest recorded pregnancy in whales is believed to have been around 21 months long!

How long are whales pregnant in different species?

What makes whale pregnancies so unique?

Whales are the longest-pregnant mammals in the world, but what makes their pregnancies so unique?

One of the main reasons is that these aquatic mammals have evolved to carry their young for a much longer period than other animals.

This allows them to travel long distances and feed in faraway places before giving birth, ensuring that the mother and her calf are safe and well-nourished. Additionally, the long gestation period is thought to give the fetus enough time to develop its blubber layer, which helps keep it warm in cold waters.

One adaptation is their large placentas, which can be up to 2.4 meters long and weigh up to 2000 kilograms! This helps protect the calf from environmental dangers and provides it with nutrients and oxygen.

Another remarkable adaptation is that female whales stop foraging for food during the last trimester of pregnancy. Instead, they rely solely on their built-up fat reserves to sustain themselves and their unborn calf. This process, known as fasting gestation, enables them to save energy when they are already expending a considerable amount of energy to bring their baby into the world.

Whale pregnancies are incredibly long compared to other animals, partly due to their large body size. As whales grow in size during pregnancy, it takes longer for baby whales to develop and mature before they’re ready to be born. Additionally, the life cycles of whales are much longer than other animals, so it makes sense that their pregnancies last longer.

What else should you know about whale pregnancies?

Whales can have multiple offspring during a single pregnancy, though this is uncommon. Twins usually occur in around 1-2% of all pregnancies.

Whales also practice surface-level delivery, meaning the calf is born at or just below the water’s surface and then quickly begins swimming alongside its mother. This helps ensure it is strong enough to survive on its own and keep up with the rest of the pod.

Finally, whale mothers are incredibly devoted and protective of their young. They will continually nurse their calves for several months until they are old enough and strong enough to start foraging on their own.

• Whales typically give birth to only one calf at a time, but occasionally twins can be born.

• Female sperm whales are known to have an incredible bond with their calves and will stay close by for up to two years after they are born.

• Beluga whales have been known to nurse their young for up to 24 months!

• Blue whales can produce some of the loudest sounds ever recorded underwater – a skill that is believed to be used to communicate with their newborn calves.

• The average lifespan of a whale can range from 40-70 years, depending on the species.

• Humpback whales are known for their complex songs, which can take up to 20 minutes to complete – this song is thought to help mother and calf bond during pregnancy.

• Male whales are known to be particularly protective of pregnant females and often go out of their way to provide extra protection.

• During the last few weeks of pregnancy, the female whale will slow down her swimming speed and usually stay close to shore to protect herself and her unborn calf.

Whale pregnancies are an incredible feat of biology and adaptation, showcasing the resilience of these amazing creatures. We can learn a lot from their unique traits, such as their ability to fast for extended periods and their strong bond with their young. By understanding more about whales and their pregnancies, we can continue to work towards protecting these majestic creatures and preserving their habitats in the wild.

What is a group of whales called? Completely Explained

Do whales have nipples? (Complete Explained)