Meet Champ, a wild stallion who has shown how kind and certain selfless animals can be.

He lives in the Tonto National Forest in Arizona. This is where the remarkable incident occurred; luckily for us, it was captured by a Park Service Volunteer named Becky Standridge.

“Champ and his family were grazing on the banks of the Salt River when a new party of horses emerged on the other side.” 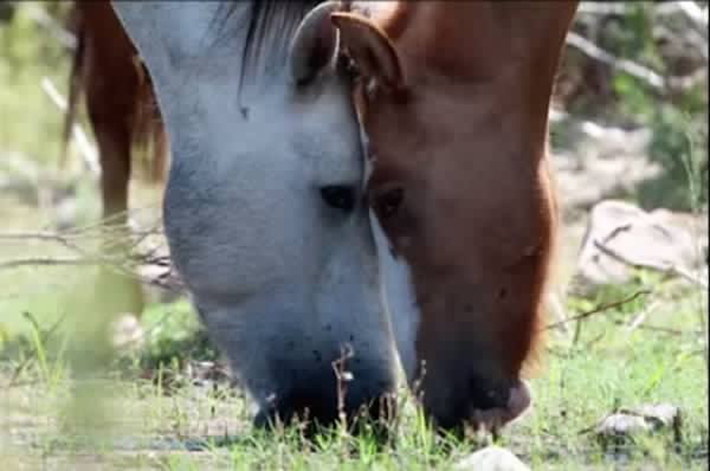 “Among the other group were two playful colts.”

“Champ and his family became interested in the other horses.”

“Champ and a few of the horses began wading across the river to greet the others, when a young filly was swept away by the current.”

“She was dragged under the water and came to the surface in a panic!”

“Champ swam over to her and attempted to grab the filly by the side of her neck, but he was unsuccessful.”

“The filly was being carried down the river by the current. But Champ didn’t give up.”

“Champ broke from the group and swam after her.”

“He was able to grab her by the back of her neck this time.” 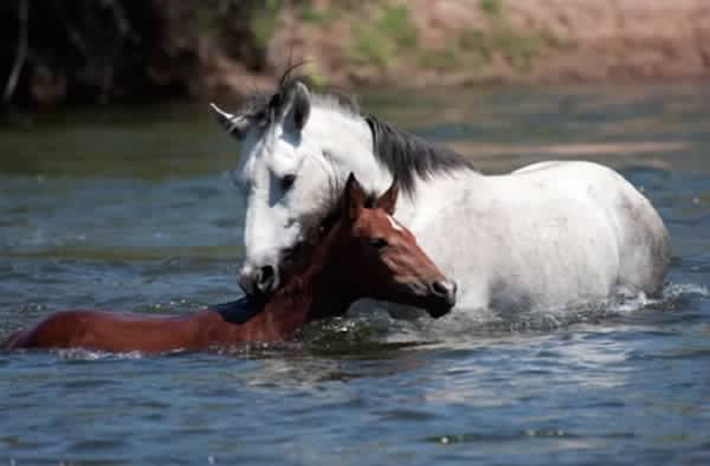 “He held her carefully and didn’t let go until she was back on the shore.”

“Once she’d reached the river bank, the relieved filly ran straight to her mother.”

“Champ went on to see the rest of the horses.”

“He met with the stallion of the opposing group and the two horses greeted each other with mutual respect.”

“Afterwards, Champ went back to his family and the herd continued on its way.”

The Stunning And Endangered ‘Black Forest’ Horses Of Germany

Cheery zebra appeared to be singing in the rain

Meet Tango, the silliest horse ever who you can’t help but love